Options abound for modifying or repairing your photo and video memories.  You may want to have someone removed from an image, be it a former girlfriend, husband or a stranger lurking in the background.  This can be more easily done with a still photo of course.

I once replaced an ex-boyfriend with a bush in a large family photo. We even modified the images from an old 8mm movie film.  The client was fortunate that the unwanted individual was on the edge of the frame.  We made clips at the beginning and end of where he appeared and then adjusted that segment over to the right which cut him off and left the rest of the people showing.

The image at right is of a photo of a car that was identical to our client, 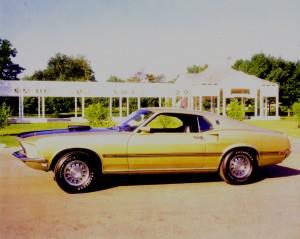 Tom’s, first car. Unfortunately the photo that he brought in had someone sitting in his car! Using Photoshop we were able to extricate the unwanted individual and we reprinted the image for him to treasure in his home office.

When unwanted individuals are present in the background of your precious photo we can use burning tools to darken the background and make them less noticeable or if you want to be transported elsewhere we can cut you out and put a totally different background behind you.

The sample at right is actually made from 3 photos. 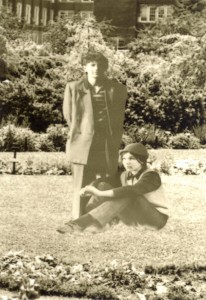 One photo made from three images

The man, woman, and background came from 3 separate photos.  The client was a very friendly German who lives up in the mountains west of us in Colorado.  He is the man in the photo (taken several years ago). His appearance has changed in the years since as he is now well weathered with a big bushy black and grey beard. The lady is a lady friend of his from long ago in Germany.  He brought the photos in since he had recently reconnected with her and wanted to create a photo to remember their long ago beginnings.  Some color and texture effects were added to make the three images blend together better.

Happenings at Leave A Legacy

We now have several other options for communicating to the public besides our once a month newsletter that you many want to consider. There are lo

Our video clips are on youtube at http://www.youtube.com/LeaveALegacyColorado you may choose to subscribe to us.  Videos can also be seen on the Video Gallery tab of our revised website.

Our business connections are at http://www.linkedin.com/in/leavealegacy

Read our blog with lots more ideas and samples and stories of client projects that have come in at: http://www.leavealegacytoday.com/blog.html 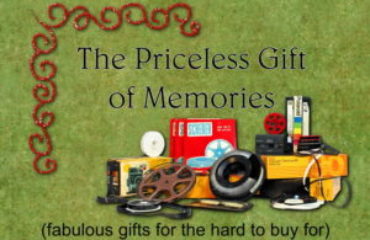 Ideas Abound! Giving the Gift of Memories this Year? 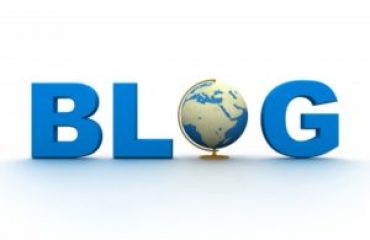 I want someone to make a book out of my blog. 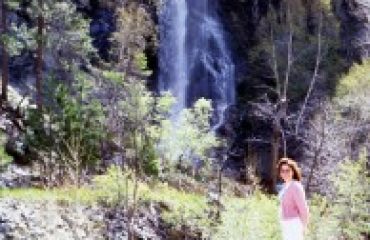