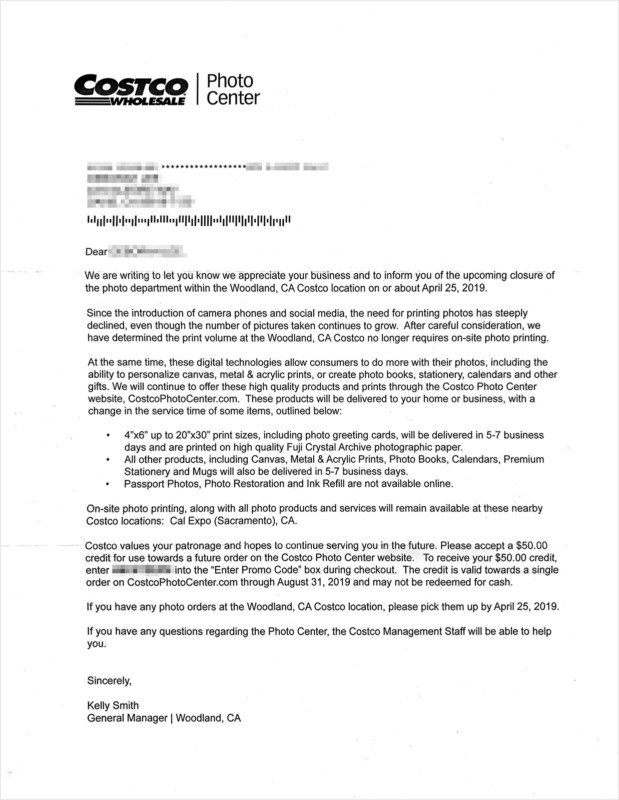 n photo print orders it seems.  When we started Leave A Legacy over 13 years ago there were competitors to be found in big box stores like Costco, Sam’s Club, and Walgreens, and small chain, Arron Brother’s Framing and in several home based businesses.  Most of these have gone by the wayside, but have no fear Leave A Legacy busier than ever.  Read my blog about it if you want more information on it.

Rob brought in all sorts of devices with recorded audio on them….including a pen!  We transferred all the audio off of the devices on to a single flash drive. Made us feel like we did work for James Bond.

Rosemary brought in an audio cassette tape for us to transfer to a mp3 file (so that she can email it to the rest of the family). It contained a recording from her father’s radio program from 1958.  It is the intro and closing music for his radio show.  I wish we had something so fabulous to announce something we do. You have to listen to it….for it is big band awesomeness.

Kari brought in this cute photo of her 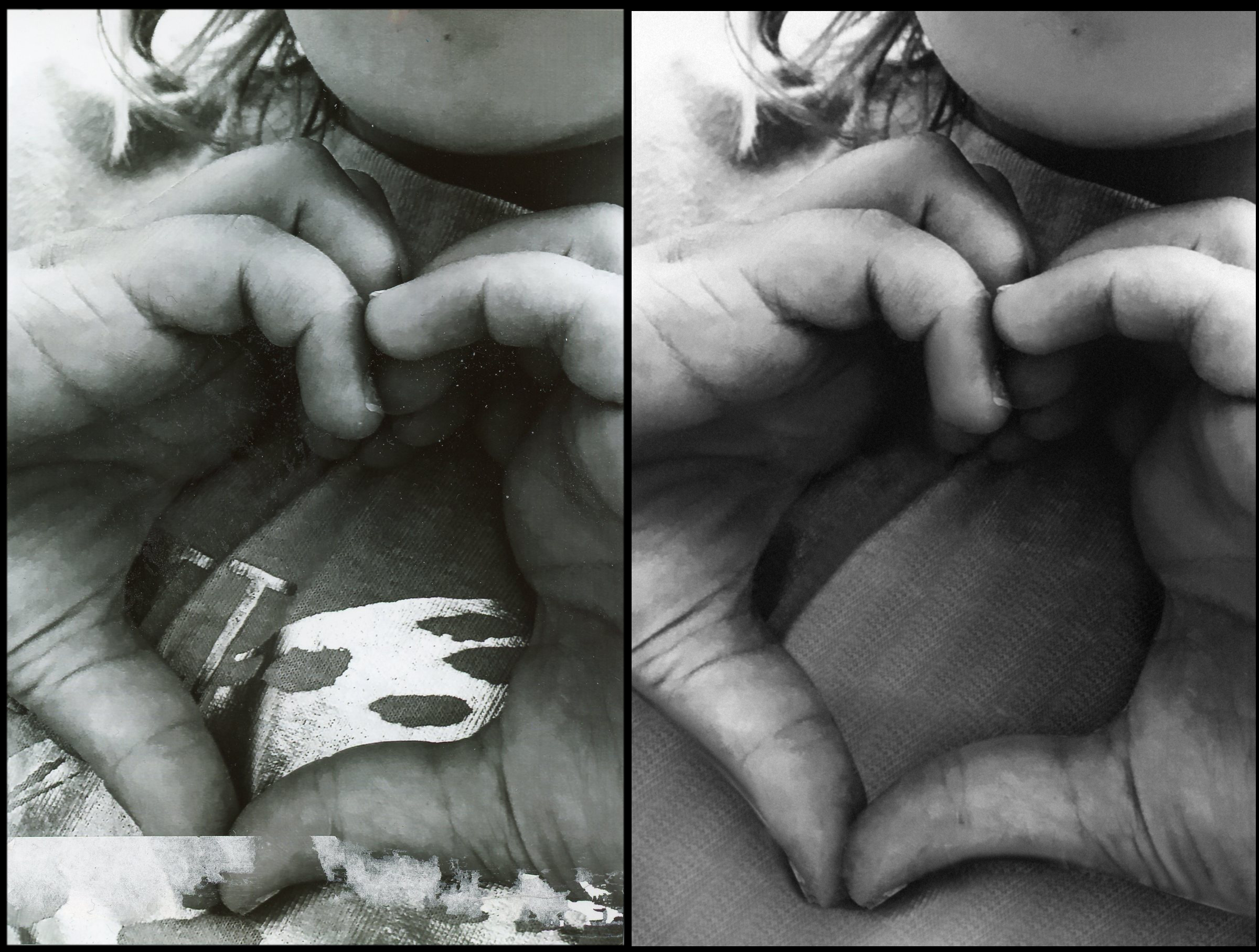 daughter making a heart with her hands. She used it in a school project and they had stuck something on the bottom of it.  She had us scan in the photo, restore it by removing the sticky paper but then I suggested that we fix her reflective shirt as well. We then printed it out and gave her the new digital file.

Max brought in 500 pages of tribal documents to be professionally bound for saving in the national archives in Washington D.C.

Mike and Marcia brought in a photo from their tour in 1976 at the Cave of the Winds. He told that it was a photo from the weekend visit when he decided that she was the one he should marry. We scanned in the two of them from the crowd (in the back on the right) at high resolution, did a bit of restoration work and then printed out a photo of just the two of them as a 4” x 6” print. They were so young and cute back then….and haven’t changed all that much since! 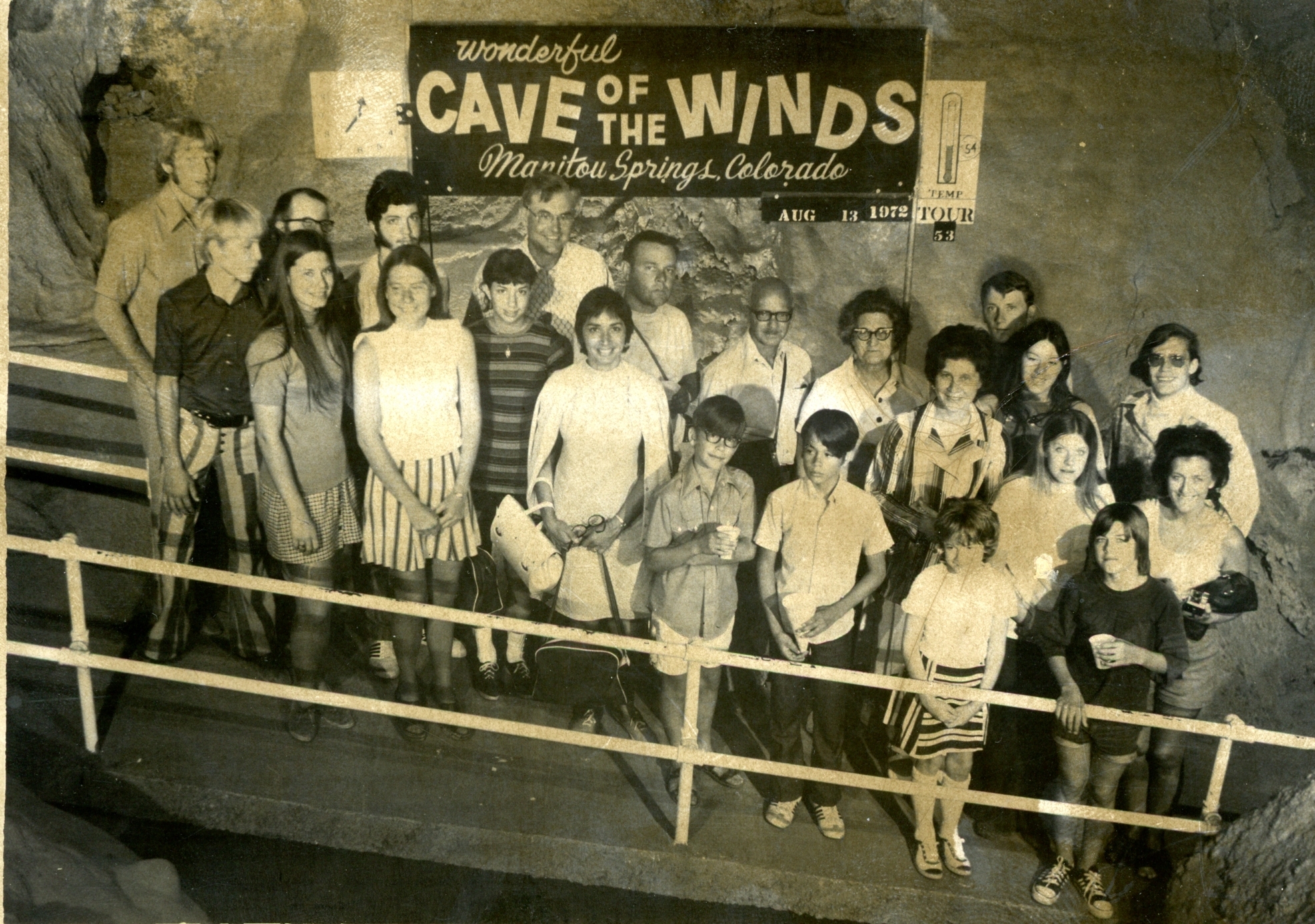 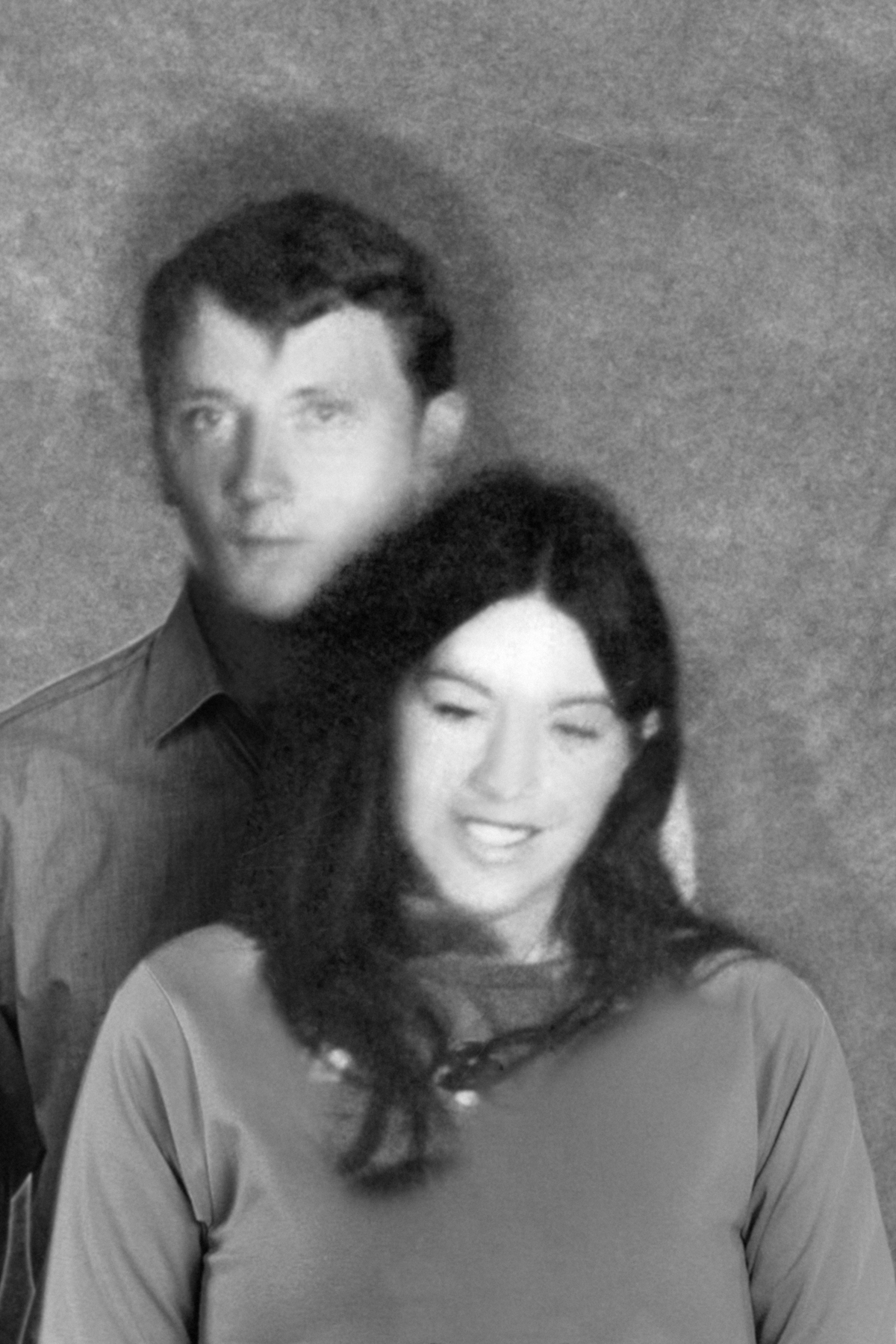 Hello everyone! Leave A Legacy is blogging again! We are back! 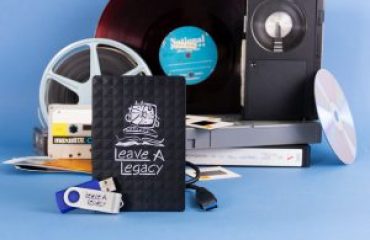 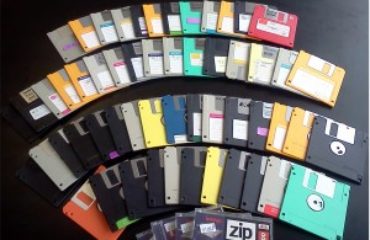 We do floppies in a zip