by Marsha Knackstedt / Friday, 10 September 2021 / Published in How To, Interesting Projects, Leave A Legacy

Esther brought in this negative to be scanned and printed in color, black and white and sepia.  It is an image of her daughter and her mother making bread together.  A great illustration of how a simple snapshot can really be a priceless memory captured.

Ron brought in a collection of travel slides to be

scanned at high resolution. I noticed this particularly interesting one and with a bit of research found out that it is the “Explosion of the Cart” that occurs in Florence, Italy on Easter Sunday.  Read more about it on this page Scoppio del Carro.

Kathy brought in this old family group photo to be scanned, restored and reprinted.  It has 109 family members in the photo.  She ordered both a black and white print and a sepia toned print. Restored to its former glory!

Kevin brought in a collection of old slides that he wanted digitized. He had slides of a rare plant that he had photographed in nature many years ago. The images will be used at a Botanical Museum. 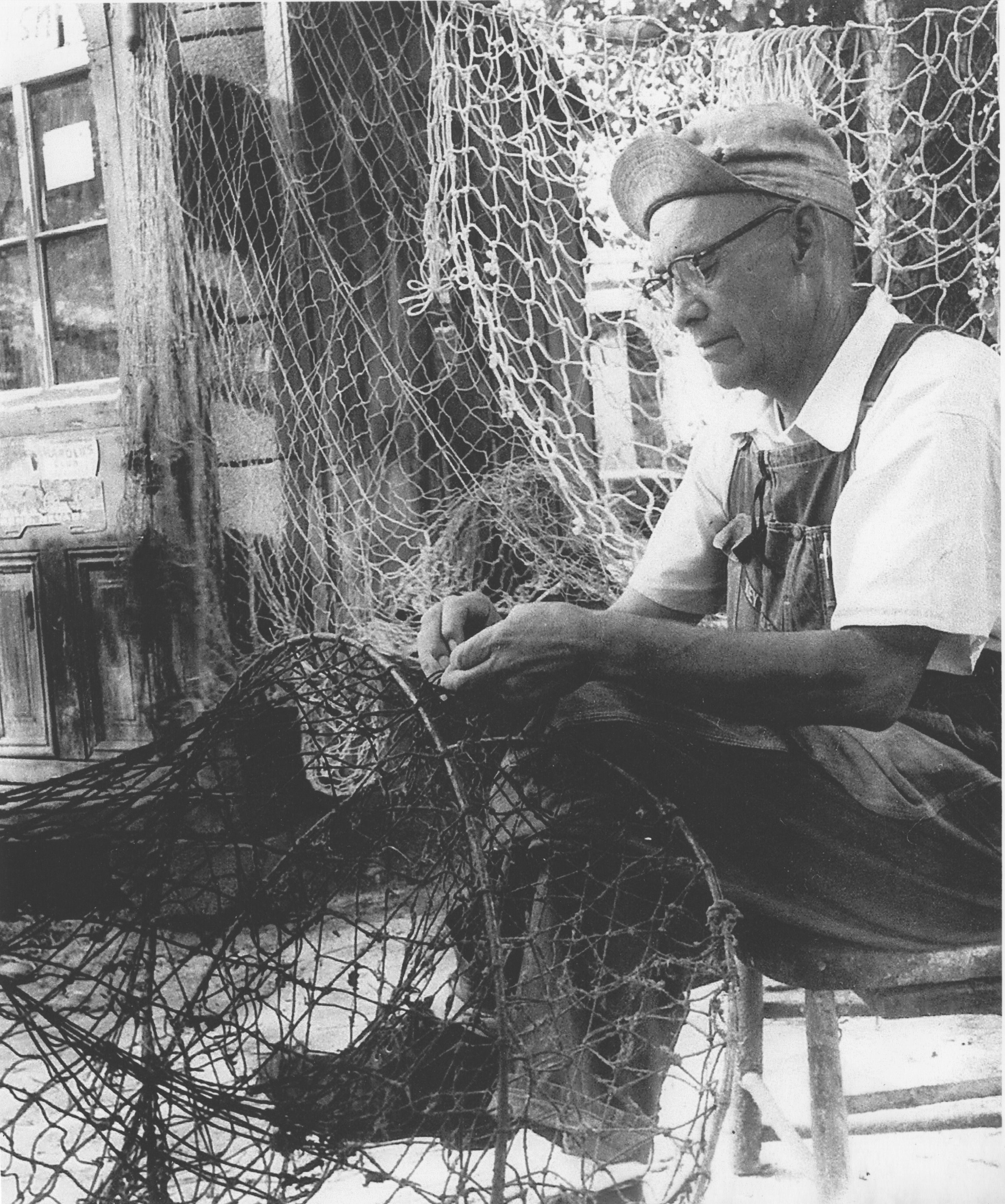 Steve brought in a handful of photos to scan at high resolution so that we could print them much larger.  He had beautiful images of wildlife up close and of his grandfather preparing his fishing nets. Priceless and impactful memories to preserve and share!

Sullie brought in a collection of 8mm film reels from 1958.  We transfer the reels to share at her mom’s birthday. The boxes for the reels had grandma’s writing on them.  Great memories to share and a family celebration.

Ann brought in her collection of family photos to be scanned.  She is going to make an photo book of her parent’s from marriage to all their adult children.  What a great compilation of family history. I love seeing pictures of newly weds and then at their 50th Anniversary and comparing how similar they look. Leave A Legacy can help you with your family photo albums. From scanning to layout, printing and binding.

Suzie brought in her collection of family super 8 mm films to digitize from 1973-1975 from inside of Germany just prior to the start of the war.  You could see a lot of Nazi flags hanging about. Sullie brought in her collection of 1953 films to be digitized and we saw this little gem of some footage from the 1953 Cheyenne Frontier Days (bronc riding and wagon team racing) and a bit of Yellowstone showing a black bear crossing the road with a whole line of 1950’s cars waiting.

Evelyn brought in a reel of microfilm for us to digitize. She had purchased it from a local library. It had images of records of baptisms, marriages, deaths and confirmations 1890-1959 for a church in Louisville.  We scanned all of the images/pages at a resolution high enough for printing. We saved each page as an individual PDF file.

Transferred scads of video tapes and files from a hard drive camera containing all sorts of family memories for many a client.  We gave them DVDs, digital files on a drive or both!

We have had more and more people and businesses sending us their collection of DVDs (with their own material as contents) to be transferred into digital mp4 files on a drive.  See our blog about all the details. This blog also tells about copying DVDs and CDs as well….if you still like discs and 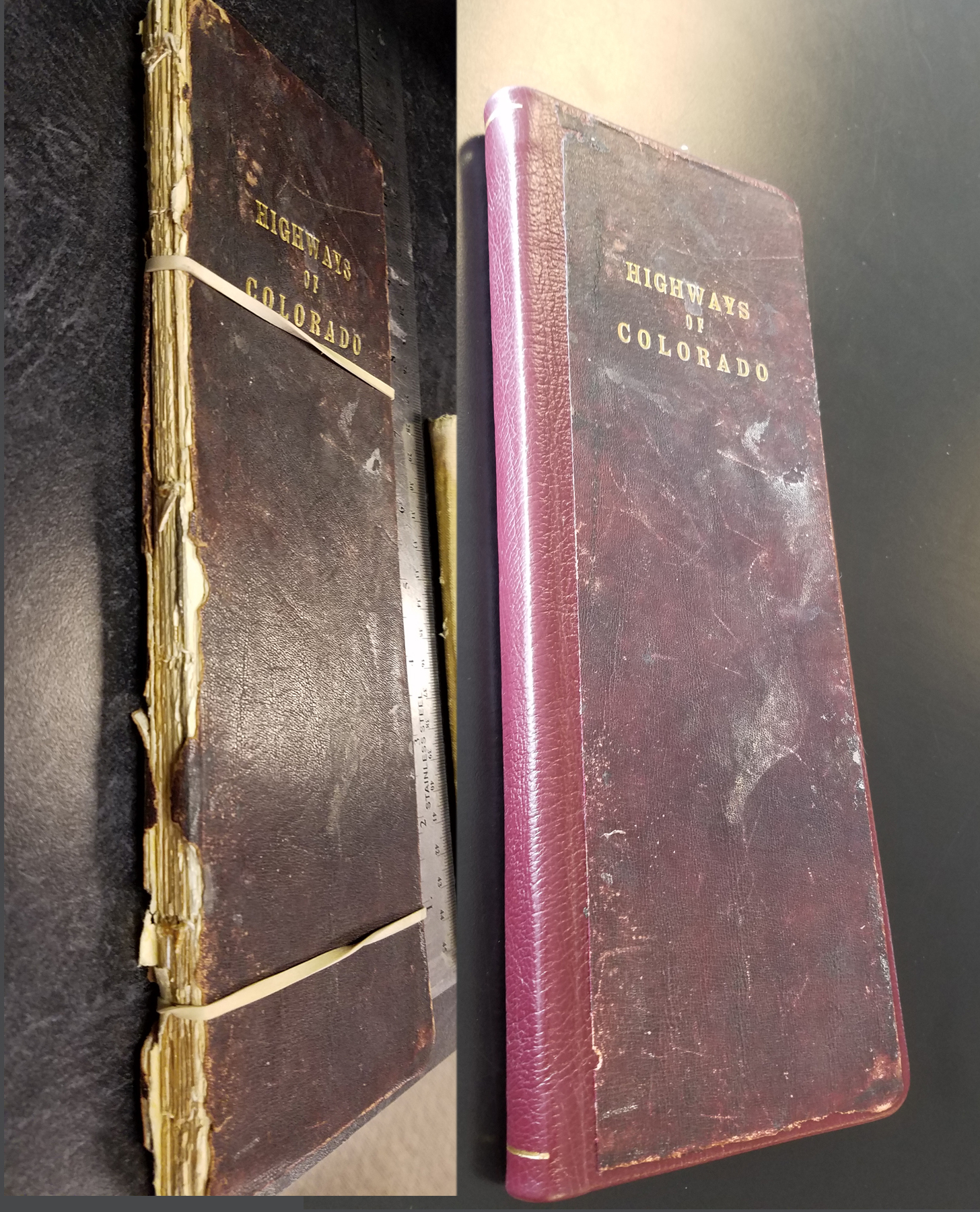 We rebound and mounted the old cover of this cute little book of Colorado Highways recently.

This is another of Aspen’s nice new displays at Leave A Legacy. It is an assortment of old cameras. Do they bring back any memories for you?

Teresa brought in a collection of 74 audio cassettes to be transferred to mp3 files.  The cassettes are all recordings made of her dad reading classic books.  He is very expressive.  They have copies of all of the books to follow along.  These mp3 files will now be played for his great grandchildren. What a great treasure to pass down through the generations. Check out his wonderful voice as he introduces the book “All Creatures Great and Small” that he is going to read. 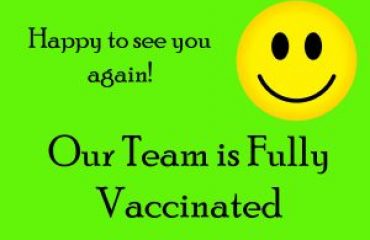 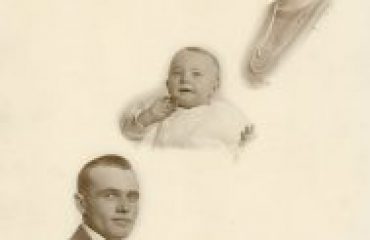