Inspiration from amazing projects that have come in

by Marsha Knackstedt / Wednesday, 24 January 2018 / Published in Leave A Legacy

We’ve had many more amazing projects come through our door. Let them inspire you to preserve your own memories and share them with the rest of your family this holiday season. 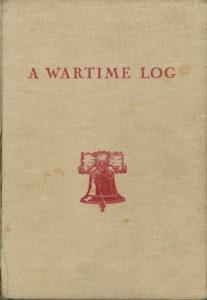 1)Prisoner of war journal: I met with Scott who brought in his grandfather’s handwritten and beautifully illustrated journal that he wrote in 1942-1944 while he was a POW in Germany during WWII.  His story is fascinating.  We are carefullyscanning each page and then we are going to make several duplicate copies.  He will put the original in a safety deposit box and will no longer have to worry about it being damaged further.  Extra copies of the book will be shared with other family members.  This is an example of following what we believe…that not just one person should be the keeper of all the family memories.

2)Not splitting up the photos:  Michelle has gone through a divorce and didn’t want to split up the photos between her and her husband.  She is having us scan all of her photo albums, oversized photos and loose photos.  She’ll give a copy to her ex, her three son’s and her parents.  Through doing this Michelle was able to make sure that her ex-husband and she could separate their lives but each keep identical copies of all of the memories.

3)Not splitting up the photos and making books:  Kay’s mother recently passed away and she told her siblings she knew 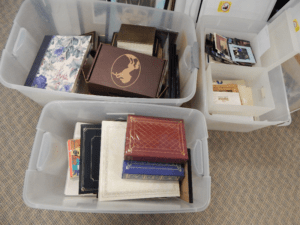 where to take all of the family photos.  We scanned over 1,000 photos from 9 albums. We now have instructions to layout all the photos into one book and to print and bind 8 copies.  Then each brother, sister, aunt and uncle can keep a copy of mom’s family memories and they won’t have to split them up.

4)Family Film Files and DVDs:  Stacy brought in her collection of family films for us to transfer.  She decided to have us transfer it in high definition.  We could either give her digital files of each film on her external hard drive or we can burn all of the captured footage to Blue-ray discs and DVDs.  She decided to get both….DVDs to watch with family over the holidays and digital files for editing and storage down the road.

5)Nixon’s address on radio:  This cool historic audio came to us on 8-track.We had to repair the foil splices on two of them because age had made them brittle. Then we transferred the audio onto playable CDs.  The 8-tracks were recordings from the radio in the 70’s and contained President Nixon’s address to the nation to tell what happened in the Watergate scandal.

Memories make priceless gifts…..do you have memories that you’d like us to help you preserve and share with your entire family? 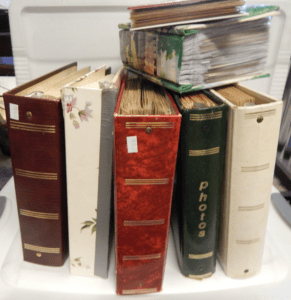 Why do we do this? It’s our mission….to help you tell your story by converting it so you can share it.

Interesting projects at Leave A Legacy

Once upon a time wedding DVD slideshow