Letters made into Memory Books

by Marsha Knackstedt / Monday, 17 May 2021 / Published in Interesting Projects, Leave A Legacy, News 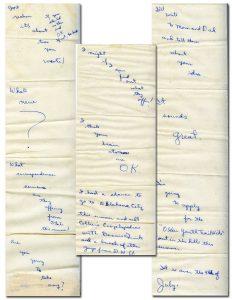 My mother had collected (in several locations) 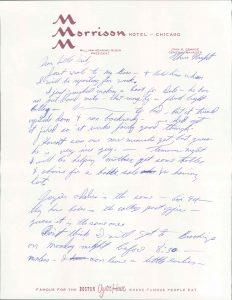 the family letters that she had written through the years. After she passed I compiled all of the letters and added letters from before my parents were married. Letters from my father to my mother when they were dating and he was working on the road showing cattle. He addressed them to “his little girl”.  It struck me unexpectant…I always thought I was “his little girl”. There was a special letter from my uncle written creatively on toilet paper and mailed to my mother while attending college. It also made mention of the appearance of the KKK in South Dakota.  While we lived in a different part of the country from where my parent’s grew up and since it was a time long before email and internet came about, my mother would periodically write family update letters to the rest of family. Copies were made and mailed to all 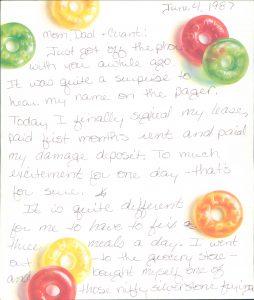 the family members.  The book concludes with homemade cards and letters from my brother and me to our parent’s when we were away in college.

Others have correspondence during a war or while away on military training. Griff brought in an old album with the black pages that were crumbling at the edges.  The book contained photos from WWII that his grandfather collected. On the back of each photo was a letter writing to his “darling” at home.  We 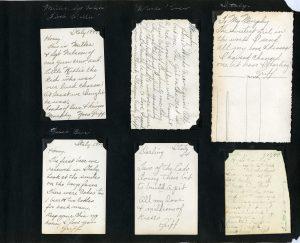 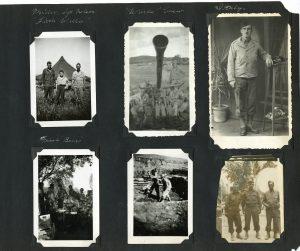 over and scanned them again with all of the letters from the backs showing.  We printed all the pages and bound it in a photo cover that included not only grandpa’s photos but also his war metals including a purple heart. 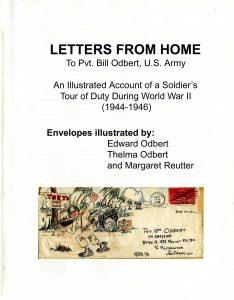 Bill brought in envelopes that were sketched on when 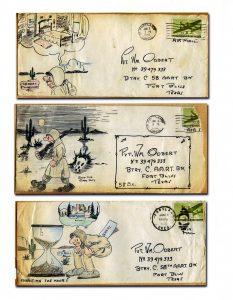 Bill’s grandfather sent letters to Bill’s father during WWII. The drawings were amazing and showed both what he thought his son was feeling and what the country was feeling at the time. One of my favorite is at right showing the private thinking of his room back home….and that is what it genuinely looked like.

Others have brought in boxes of old love letters still in their envelope that we have scanned in both the letter and the envelope and created books for the whole family.

What letters to you have a squirreled away in boxes that need to be made into a book and shared? 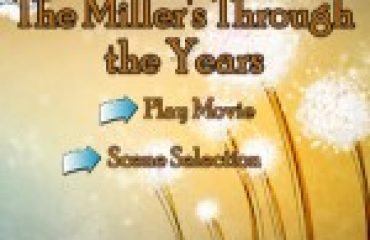 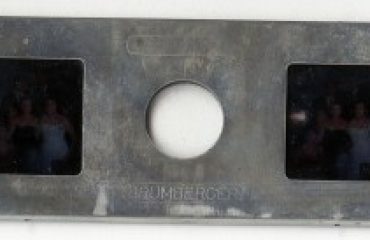