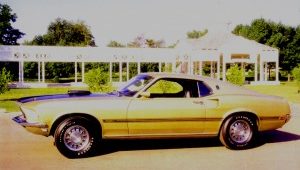 Options abound for modifying or repairing your photo and video memories. You may want to have someone removed from an image, be it a former girlfriend, husband or a stranger lurking in the background. This can be more easily done with a still photo of course. I once replaced an ex-boyfriend with a bush in a large family photo. We even modified the images from an old 8mm movie film. The client was fortunate that the unwanted individual was on the edge of the frame. We made clips at the beginning and end of where he appeared and then adjusted that segment over to the right which cut him off and left the rest of the people showing. The image at right is of a photo of a car that was identical to our client,
modify photophoto restorationremove person from photorestore photo
Read more
No Comments